I have a rather large collection of invoices and receipts that belong to my husband's Scheef family. Albert Gustave Scheef and his family owned a property, Spring View at Long Point, Hillgrove. 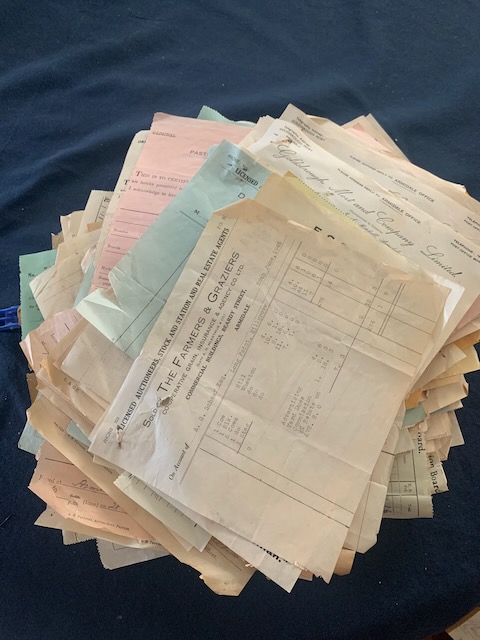