on January 23, 2014
Apparently today, the 23rd January 2014 is National Handwriting Day. I didn't know such a day existed until it came up in a Facebook post.

This got me thinking about a possible blog post. I have original examples of handwriting dating from the early 1800s amongst my personal possessions. I have photocopies of other early writing as well.

However, I thought about a dictation. I had hoped to find three examples but could only come up with two. I must have tossed my Spelling book!

The first is a copy of a dictation test given to my great, great uncle James Moore when he applied to join the Queensland Police Force in 1909. The results of this test indicated that his writing was "Fair".

The second example comes from his nephew, my grandfather's brother Matthew Moore. It is taken from his Qualifying Examination Tablet dated 10th November 1922. I was very fortunate to find this sample. In 1990 I was at Jennings School Centenary and I saw the book on display. Apparently it had been found at the back of a cupboard. After the centenary it was posted it to me. I was extremely grateful to receive it. 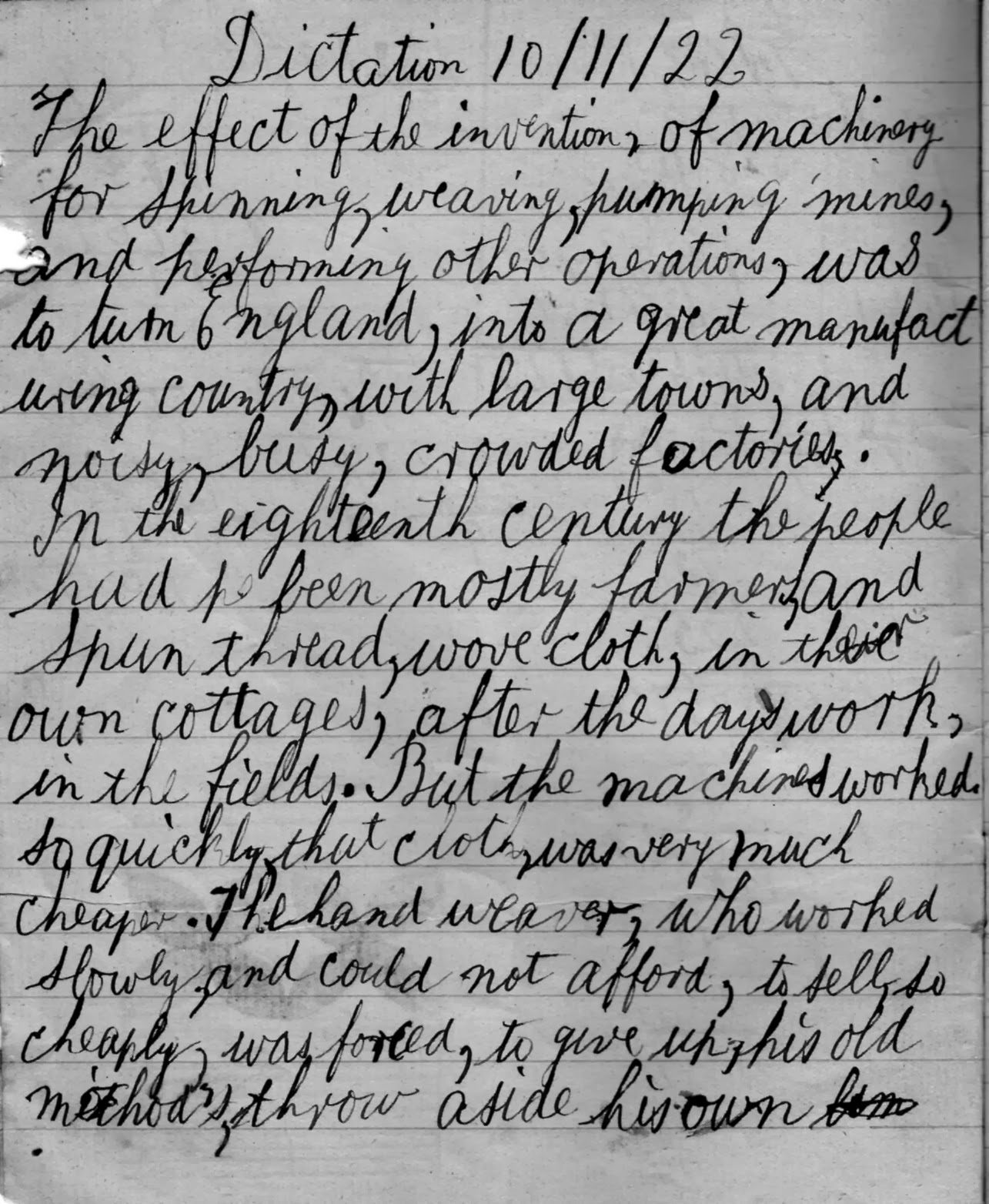 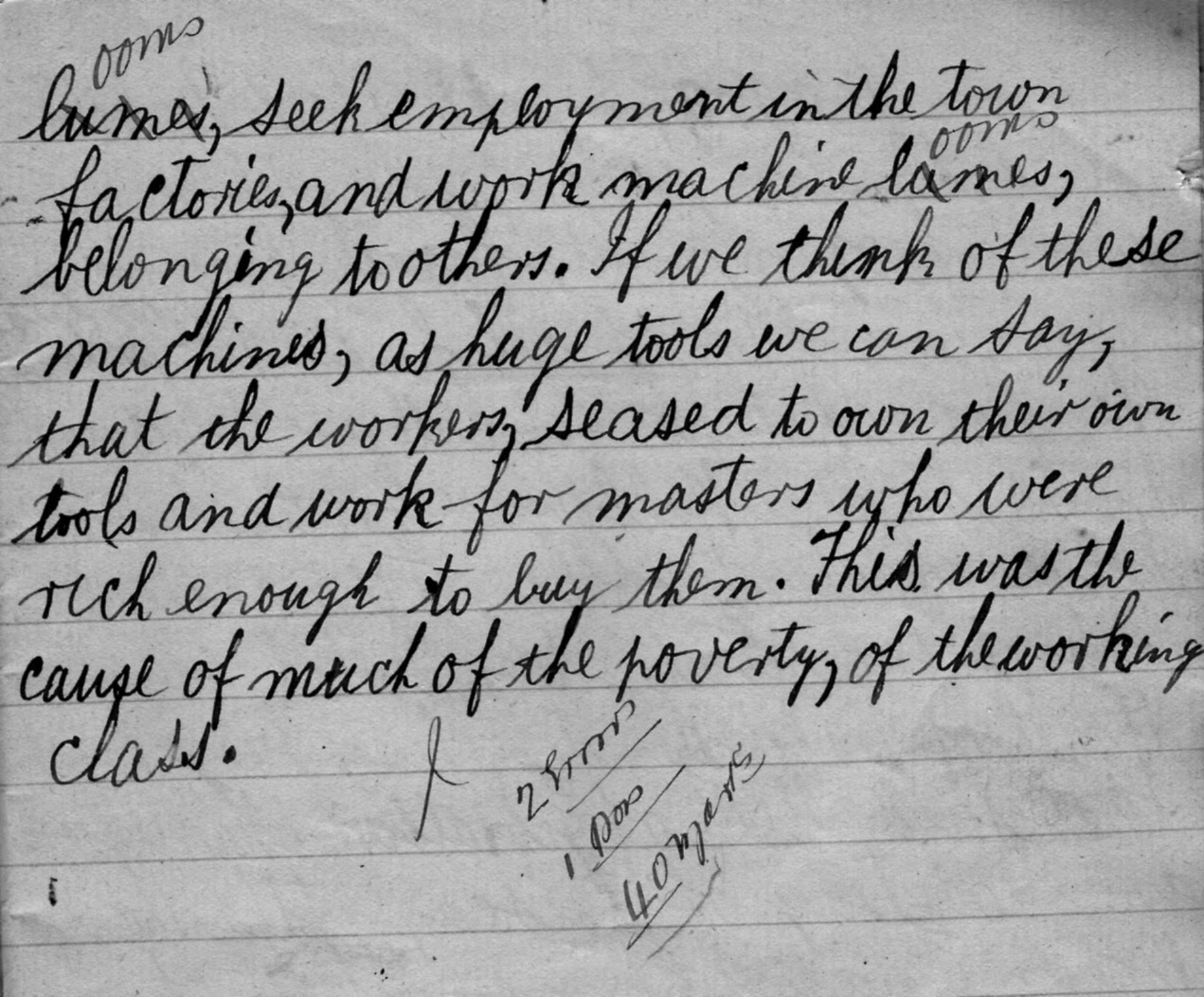 James was 22 and Matthew was almost 14 when they sat these "tests".

In the middle of writing this I have looked through many old school or college books belonging to my mother, me and my three children and started to wonder when someone's handwriting is fully developed so that many years later someone will recognise that writing. The writing in my mother's college book is instantly recognisable as hers.

I wonder if in 100 years time families will be able to find examples like these? As we spend more time writing on computers what examples of handwriting will actually be left?
handwriting James Moore Jennings Public School Matthew Moore National Handwriting Day